Buy the Talking Taboos Transcripts in either physical or E-Book format here: 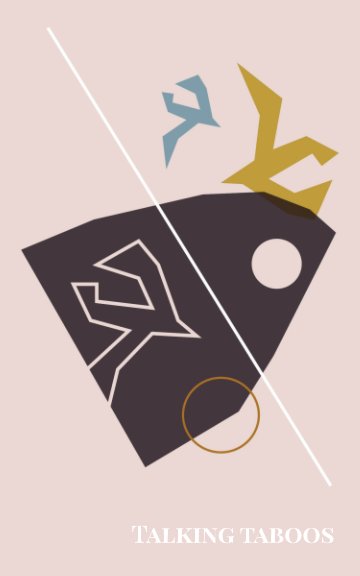 MICHAEL – Family man, late 30s. Confident in talking about his own trauma. Harbours some regrets about his relationship with his parents. Sincere, light-hearted and emotionally connected.

LAUREN – Woman, late thirties. Lauren has faced infertility and is undergoing IVF treatment; she has previously lost a baby to miscarriage but is currently in the early stages of pregnancy with her second baby. She has an endearing vulnerability and a warm, dry sense of humour which she is comfortable turning on herself.

CHRISTINE – Woman, mid-sixties. Christine has suffered verbal, physical and psychological abuse at the hands of her husband and never felt people believed her story. Lonely and somewhat resistant to help, she is on the path towards acceptance and healing.

COLIN – Older gentleman, only just learning to talk openly about his experiences. He is confident and well- spoken, except when discussing emotionally complicated subjects, at which point he finds it difficult to articulate quite so fluently.

Extract from Seagull: Written from verbatim and originally performed by Helen Vine. Directed by Fiona McAlpine.

AMY – Woman, 30. An addict in recovery who has been a victim of rape and domestic abuse. She is warm, open, has a positive energy and an infectious sense of humour. There is an underlying grief at the loss of her baby son to SIDS. Proud to be clean and proud to be a mum.

Listen to the series theme tune, written and performed by Bill Vine.